Home
/
Blog
/
Sugar Alcohols Are New Sweeteners on The Market

The term “sugar alcohol” is somewhat confusing because sugar alcohols aren’t alcohol, and they aren’t even sugar. Part of these carbohydrates’ chemical structure is similar to sugar, while another part of the chemical structure is more like alcohol. The actual name for these carbohydrates is “polyols.” When you are reading labels, you might see such names as xylitol, erythritol, glycerol, lactitol, and sorbitol, which all refer to sugar alcohols. 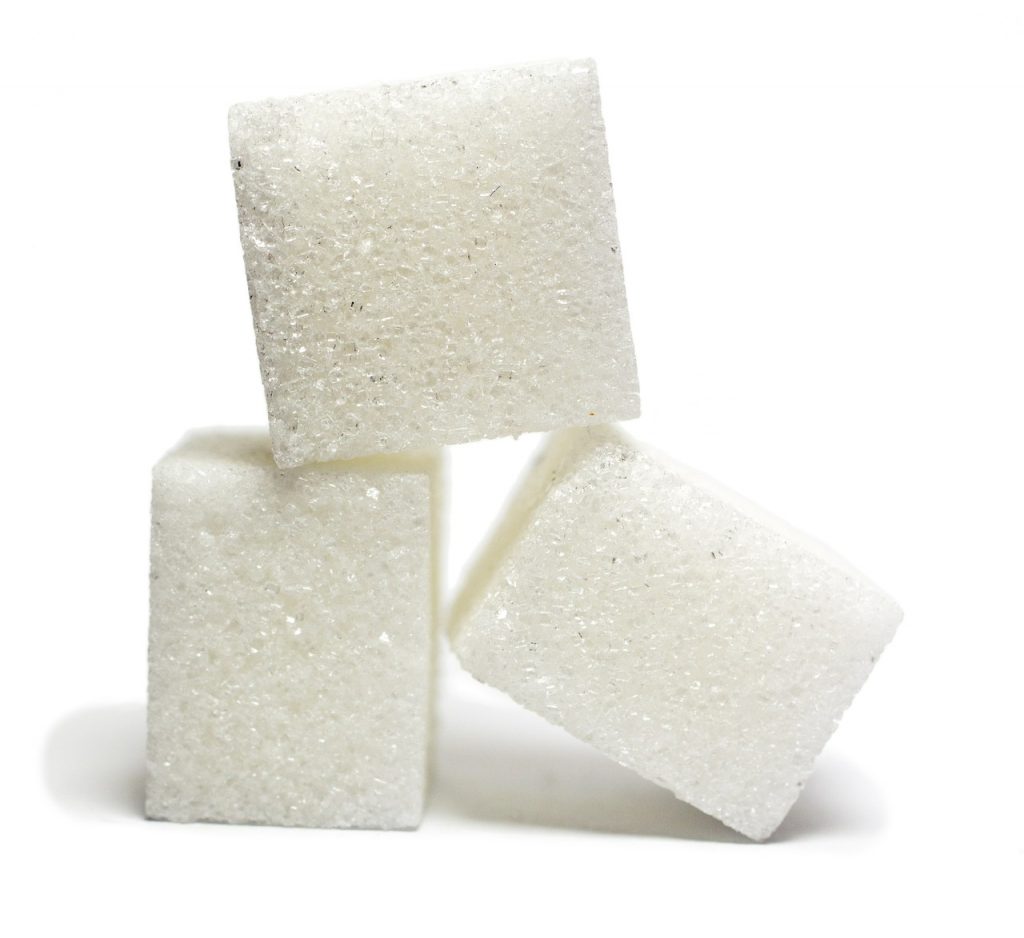 What are Sugar Alcohols

Some sugar alcohols are extracted from the plants where they naturally occur, while others are manufactured from sugars and starches. They are often used as sweeteners in reduced-calorie foods. For instance, you will often see that sugar-free or reduced sugar products such as candy, cookies, chewing gum, and even ice cream using sugar alcohols instead of sugar.

“Sugar-free, low sugar, zero sugar.” These are marketing claims seen in many packaged foods such as yogurt, lollies, chewing gum, biscuits, and diet foods promoted as “healthy” foods due to their low sugar content. The question is, how can these foods have a sweet taste and yet contain little or no sugar and no artificial sweeteners? In a more health-savvy market, sugar alcohols such as xylitol, sorbitol, and mannitol are commonly being used in foods to replace sugar and artificial sweeteners.

Sugar alcohols tend to have a similar taste providing a similar sweetness to sugar while avoiding the bitter aftertaste and potential health risks associated with artificial sweeteners. They also tend to have less impact than sugar on blood glucose levels. Sound incredible?

This article takes a critical look at sugar alcohols to see if they are as good as they are made out to be or just another “green-wash” in a market flooded with pseudo-health foods.

Also known as polyols, sugar alcohols are carbohydrates formed from an alcohol portion and a sugar portion. Despite the name, sugar alcohols don’t contain ethanol, and so you won’t become intoxicated from consumption. Sugar alcohols tend to be less sweet and contain between 1/3 fewer calories than sugar (2 or 3 calories compared to 4 with sugar). Apart from their sweet taste, sugar alcohols also help to bulk out foods, provide texture and a “mouth feel” to chewing gum products. While they occur naturally in fruits and vegetables, most sugar alcohols used in food production are produced from glucose, sucrose, or starch.

However, it is important to remember that sugar alcohols don’t necessarily act like sugar in the body. Sugar alcohol absorption into the bloodstream is incomplete, resulting in a reduced rise in blood glucose when compared to sugar. For this reason, they are popular in food products targeted to the diet, low carb, and diabetes market.

Due to incomplete digestion and absorption, a portion of sugar alcohol remains in the gut. Incomplete Digestion can lead to fermentation by bacteria into the intestine and issues such as bloating and excess. Additionally, sugar alcohols hold a lot of water in the bowel, and for this reason, they may cause diarrhea. Manufacturers state that this effect is usually an initial response and that increased tolerance often comes with repeat consumption. However, with some consumers, digestive issues may be an ongoing problem.

An important factor that needs to be taken into account is the total daily consumption of sugar alcohol. Over a day, it is likely to be the total quantity consumed that impacts blood sugar levels and the digestive system, with greater amounts more liable to cause side effects. The American Diabetic Association advises a warning “may cause diarrhea: on quantities higher than 50g/day for sorbitol and 20g/day for mannitol.

Broken into categories based on chemical structure, there are three types of polyols: sorbitol, mannitol, xylitol are derived from monosaccharides, isomalt, lactitol, and maltitol are disaccharides derived, and hydrogenated starch (HSH) are derived from polysaccharides.

Sorbitol is made from corn syrup and only has half the sweetness of sugar. Sorbitol is less likely to cause an intestinal upset than mannitol. However, it is not recommended for people with diabetes as it is not readily excreted, and high levels can contribute to microvasculature damage. Ironically, it is often found in “sugar-free” gums and candy recommended to people with diabetes. Sorbitol can also cause laxative effects.

Frequently used in chewing gums and hard candy Mannitol is extracted from seaweed for use in food production. Less sweet than sugar, more is required to match the relative sweetness of sugar. Mannitol is most likely to cause bloating and has a laxative effect, and as such, a label warning is often seen to that effect.

Xylitol is a sugar alcohol made from a part of birch trees that have been used safely since the 1960s. Despite researching this ingredient, at this stage, there are no adverse reports of xylitol in humans. In fact, the opposite seems to be true with positive effects on tooth decay reduction. Unlike sugar, Sugar alcohols cannot be acted upon by bacteria in the mouth. Research has shown that regular chewing of gum containing xylitol showed up to a 60% reduction in tooth decay when compared to controls. The other positive report for people with diabetes is reduced blood sugar and insulin responses to xylitol consumption compared to sugar.

One area of concern concerning xylitol is its use with animals, specifically at this stage dogs. A recent report by the Veterinary Medical Association (JAVMA) indicated that sugar-free dog treats containing xylitol had caused liver failure and death in a small number of instances. Based on this report, pet owners should avoid giving their dogs xylitol-containing treats.

Foods containing sugar alcohols are increasingly available due to the trend in diet, low-carb, and diabetic foods. Consumers, particularly diabetics, need to keep in mind the total daily consumption of sugar alcohols, and those experiencing ongoing digestive upset would do well to eliminate them from their diets. Of course, sugar alcohols are definitely out for dogs and possibly other pets as well.

Finally, while sugar may be responsible or partially so for much of modern society’s health complaints, it is a natural substance that we have been consuming for thousands of years. While we eat far too much of it, sugar is part of our evolutionary history. On the other hand, sugar alcohols have only been used in recent times. The effects of long-term use, beneficial or otherwise, are not known. As such, moderation is recommended when including sugar alcohols as part of your diet.

Sugar Alcohols in toothpaste are not coming in big amounts, so they are safe to use. But if you consume lots of them in another form, like food, chewing gums, drinks, then you may get too much of it.

Should you avoid sugar alcohols in toothpaste?

At this moment, nothing says that it is a dangerous ingredient, but you need to know that you don’t need this ingredient in toothpaste, and since there are no long studies on sugar alcohols, I suggest you avoid it. You can get toothpaste without it and be on the safe side. And time will tell if this ingredient can cause some bigger harm to humans than diarrhea.